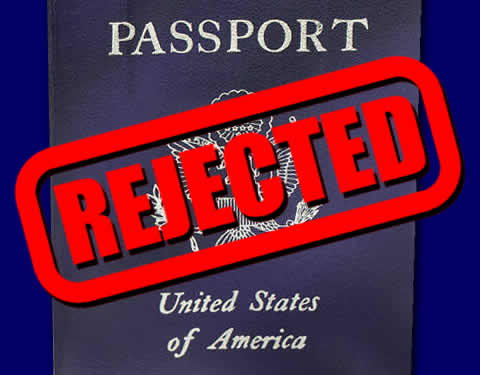 This month the U.S. Congress is putting into effect a new law that empowers the government to revoke passports of citizens who refuse (or somehow neglect) to pay their taxes. According to various sources, this law also gives the U.S. State Department the right to deny tax scofflaws new passports.

If you are in arrears to the tune of $50,000 or more, (including penalties and interest), then your passport may soon be rendered meaningless. The law basically allows for the denial or, as mentioned, the actual revocation of passports for taxpayers who owe Uncle Sam.

The law officially takes effect in January and is a rider to the overall highway funding bill. It is estimated that getting tough with tax delinquents will bring in an additional $398 million over the next decade.

If you are an American who is living and working abroad, this may be particularly troublesome as you, likely, would prefer to someday return home. However, in 2014 there were almost 900,000 notices sent by the U.S. Internal Revenue Service to U.S. citizens living abroad and, should you be one of them, you might find yourself stuck in a legal limbo. Didn’t get any such notice? Well, you’re not off the hook. If you have not received a letter or some kind of notification you are still accountable. Citizens living abroad often may not get the IRS letter as the system does not allow for the best of communication with expats.

This issue will potentially affect so much of an expats life. Expats need their passports for such normal activities as banking, reserving a hotel room and even registering a kid for his or her school. This is not something to ignore as the long arm of U.S. law is extending ever further into the lives of those, who in the past, have managed to avoid paying their taxes.

There are some small exceptions. For example, if you are an American who is venturing forth for humanitarian service, you may be able to receive an exception even if you are behind on tax payments. This new rule is also not applicable to those who are on an IRS payment plan or who are in court contesting a tax case.

The bottom line: You, as an expat citizen living and working abroad, are fully responsible for and accountable to the timely and full payment of taxes owed. There are few hiding place in this increasingly interconnected world, (mail from the IRS notwithstanding)…